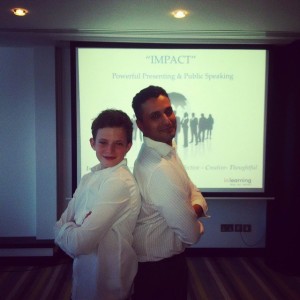 In 2014, I was approached by the father of Markus to assist his son in becoming a greater public speaker. My first reaction was that I want to talk to your son. I want to hear from him that he wants it and not the parents. Also, if he wanted this then he should feel comfortable with me in coaching him.

Well, to cut a long story short he was very enthusiastic about the whole idea. Our journey began so that he could be ready for a UAE inter-school public speaking competition. All I asked Markus was to follow my lead and at any point, he has any questions or doubts he has to inform me immediately.

The final results, he won the F1 In Schools Verbal Presentation Award. His parents and he have shown me a great appreciation for all my efforts with him. The truth being Markus had the passion and drive to make a change for himself, he worked from the inside out rather than focus on what the outside world was expecting out of him.

In 2015, Markus connects with me and informs me he wants to refresh his skills. He felt he had to be re-energised and refreshed in the art of public speaking. Once again, his parents gave him immense support. The only challenge, this time he would have to attend a session in a group rather than one to one coaching. More daunting than that was the group would be adults such as Directors, Managers and Business Owners.

Without fear, he joins the session and to the amazement of these senior individuals, he simply outperforms himself. These seniors were flabbergasted with his confidence and acumen to speak with great finesse in front of all of them. More importantly, they extremely appreciated his evidence-based feedback to their public speaking skills.

Without a doubt, Markus is a SUPERSTAR and has gone beyond his limits to create wonderful rapport with the adults. Many adults ignore the importance of developing their public speaking skills but Markus clearly understands the impact of this vital skill in his young age.

Markus thank you for being my ongoing student. I look forward to interacting with you throughout your life and being a part of your support system in the ups and downs of life. 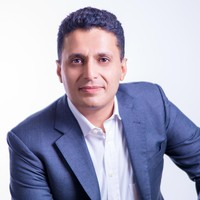